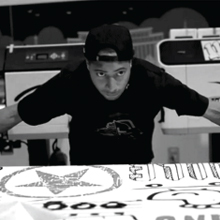 Digital Content Creator. Matt has produced and directed hip-hop videos for emerging talent in the Bay Area and Las Vegas that have been viewed millions of times online, and he recently worked as a cinematographer with acclaimed indie filmmaker Kevin Epps on 'The Black Rock', a documentary exploring the African-American experience at Alcatraz. Matt's work has appeared on The Discovery Channel, The History Channel, MediaTakeOut.com, TMZ.com, Hollywood.tv, BET.com, and MTV.com. Matt joined the Walls360 on-demand production team in 2011, and is the team lead on the nascent Walls360 URBAN FARMING project at our Las Vegas wall graphics factory. 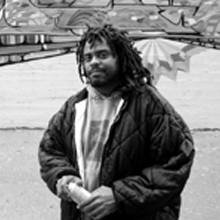 Vulcan's murals have graced hundreds of walls + trains in his native New York over the years, and his artwork appears throughout books chronicling the history of spray can + urban art. Vulcan's murals have shown in museums, his art can be found on platinum album covers, and his abstract canvases hang in private + corporate collections globally. He first performed at Harlem's Apollo Theater when he was five, sang in funk + heavy metal bands, worked for years as a DJ in underground clubs, produced chart-topping electronic music, and is an accomplished kalimba player. He has written for VIBE, chronicled the underground motorcycle stunt scene in New York City, traveled the world painting live at hip-hop festivals, spoken at NYU + Yale on the history of urban art, competed in international video game competitions, and is currently working on his second screenplay. Vulcan's fine art adorns the walls of Zazzle (with Chor Boogie + Apex), Danger Labs, and Google headquarters in Silicon Valley. Vulcan also created one of the first 'Painted Rooms' at the acclaimed Hotel des Arts, and one of his murals covers the walls of Grey Advertising in San Francisco. Vulcan has painted live for Scion and Sun Microsystems, created a series of custom labels for the launch of Oronoco rum from DIAGEO, and has painted everything from walls and servers to 'Droids for Google. Vulcan's first public gallery exhibitions were with Patti Astor's FUN Gallery in New York, and his first West Coast solo show opened at the Luggage Store Gallery in San Francisco. 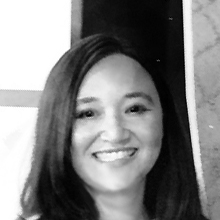 Tavia started college at 15 and received a BFA in Art History and a BA in Eastern European Studies from the University of Texas, Austin. As an undergraduate, Tavia set sales records selling dorm room art posters to UT's 40,000 students! Tavia received an MA in International Relations from the University of Denver and studied at the Prague School of Economics and the University of Zagreb, Croatia. NGO translator (Serbian, Bosnian, Croatian), & refugee community liaison. Tavia has been experimenting with fine art printing for nearly twenty years and created the world's first curated on-demand wall graphic storefronts. She designed and built WALLS 360's state-of-the-art on-demand wall graphics production and fulfillment infrastructure in Las Vegas. 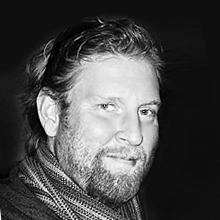 What can Walls360 create for YOU? 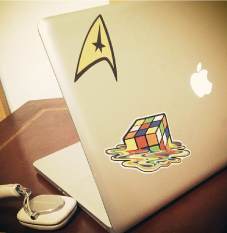 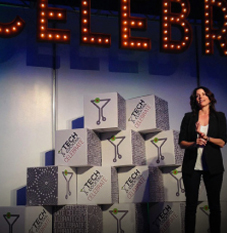 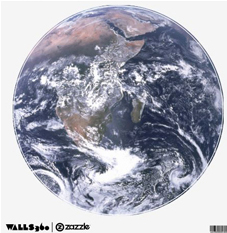